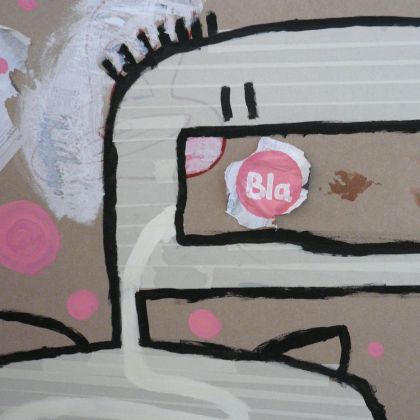 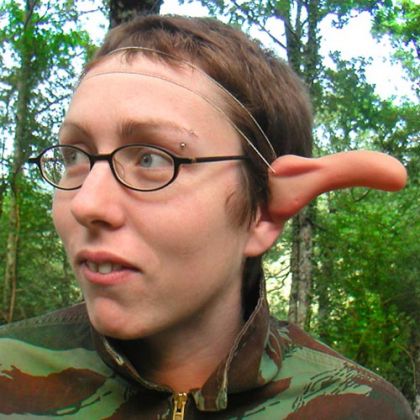 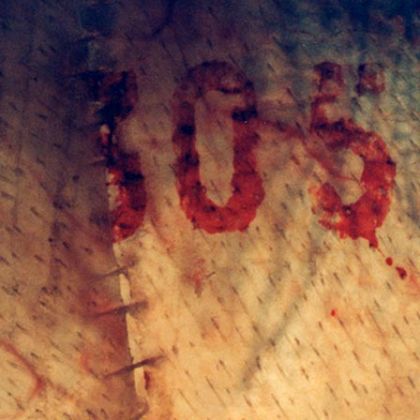 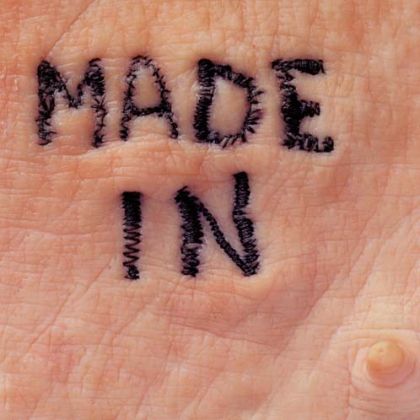 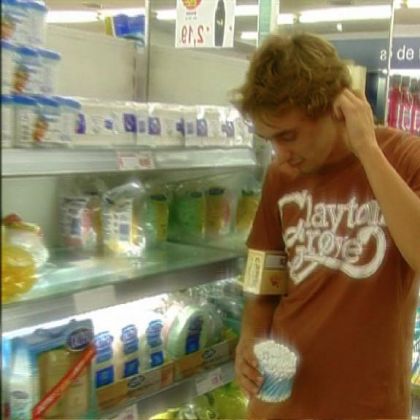 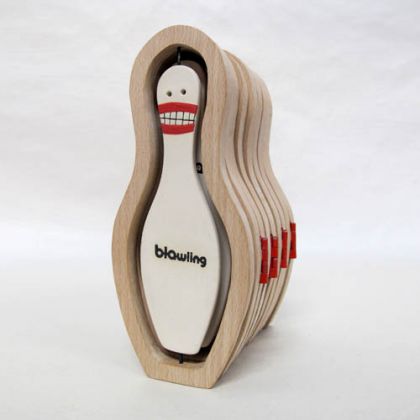 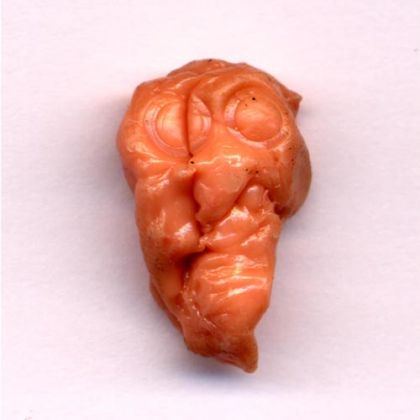 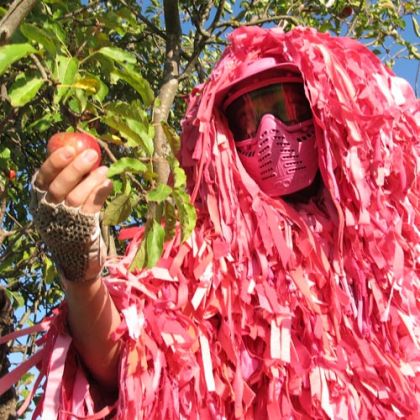 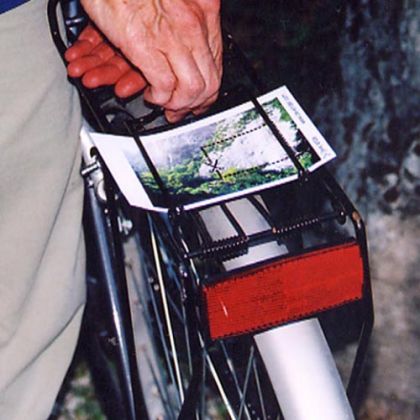 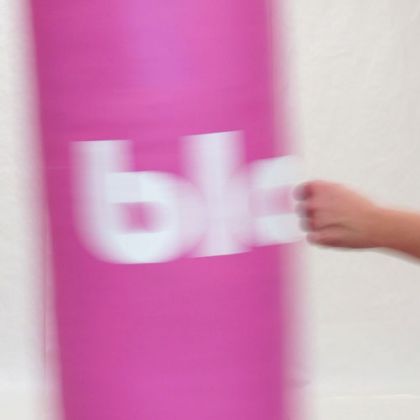 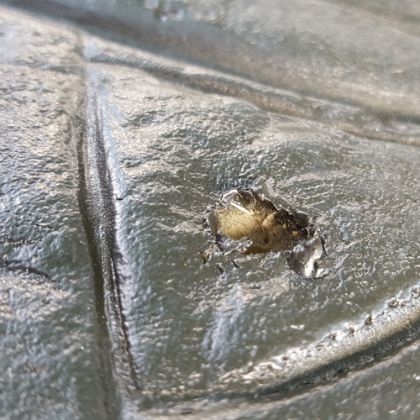 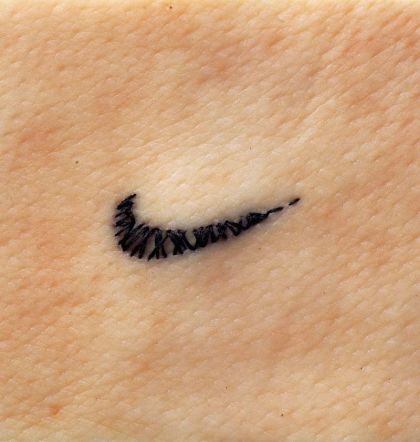 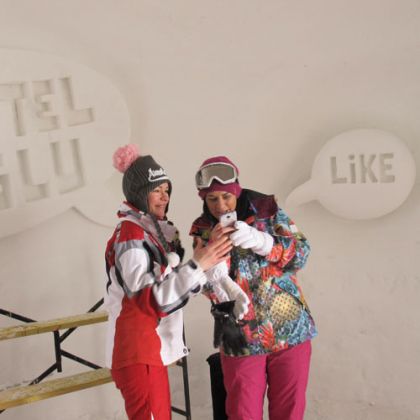 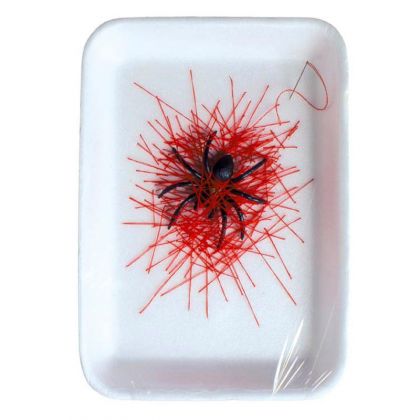 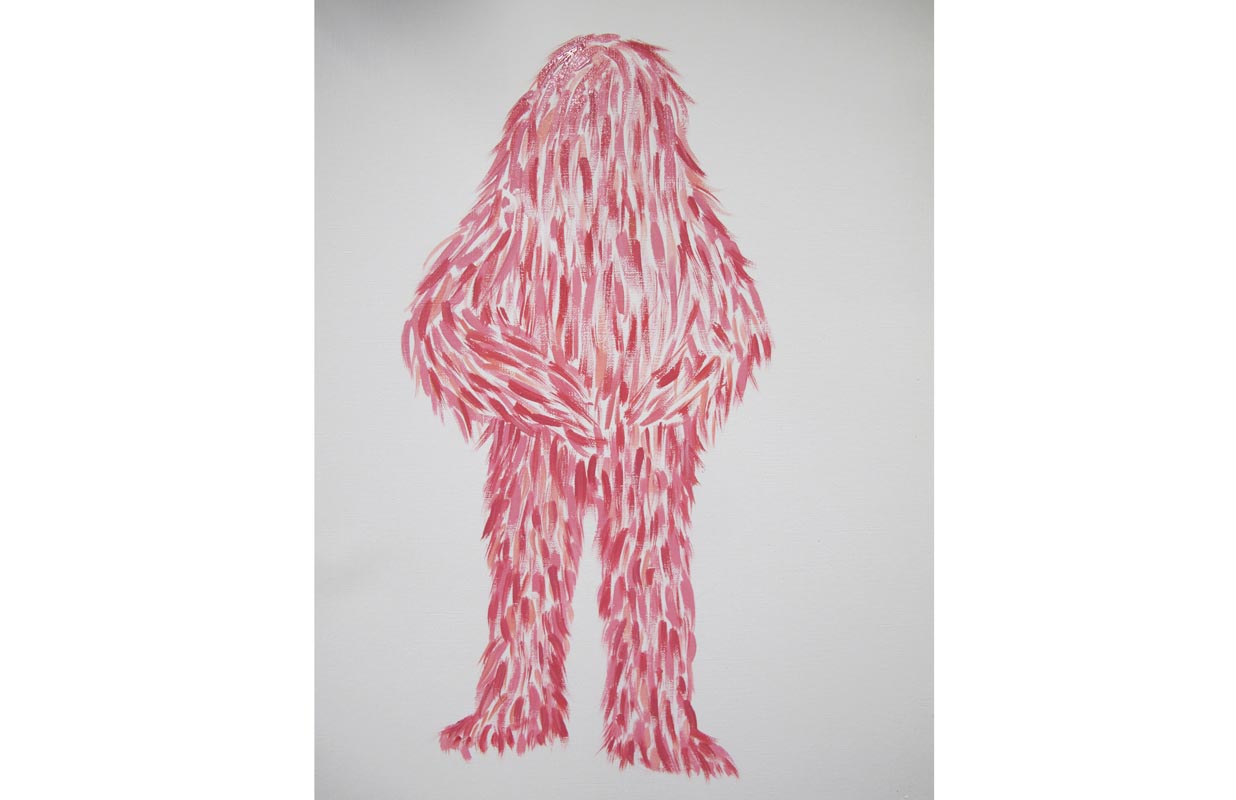 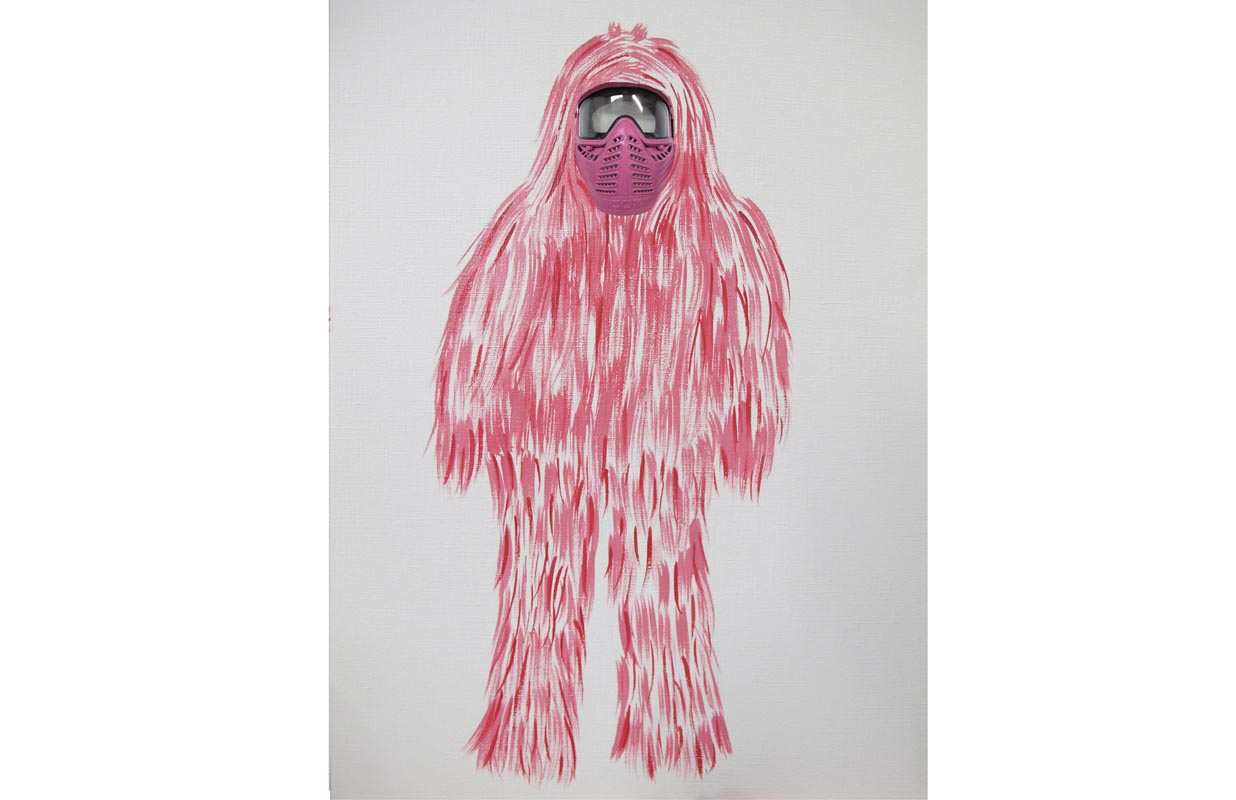 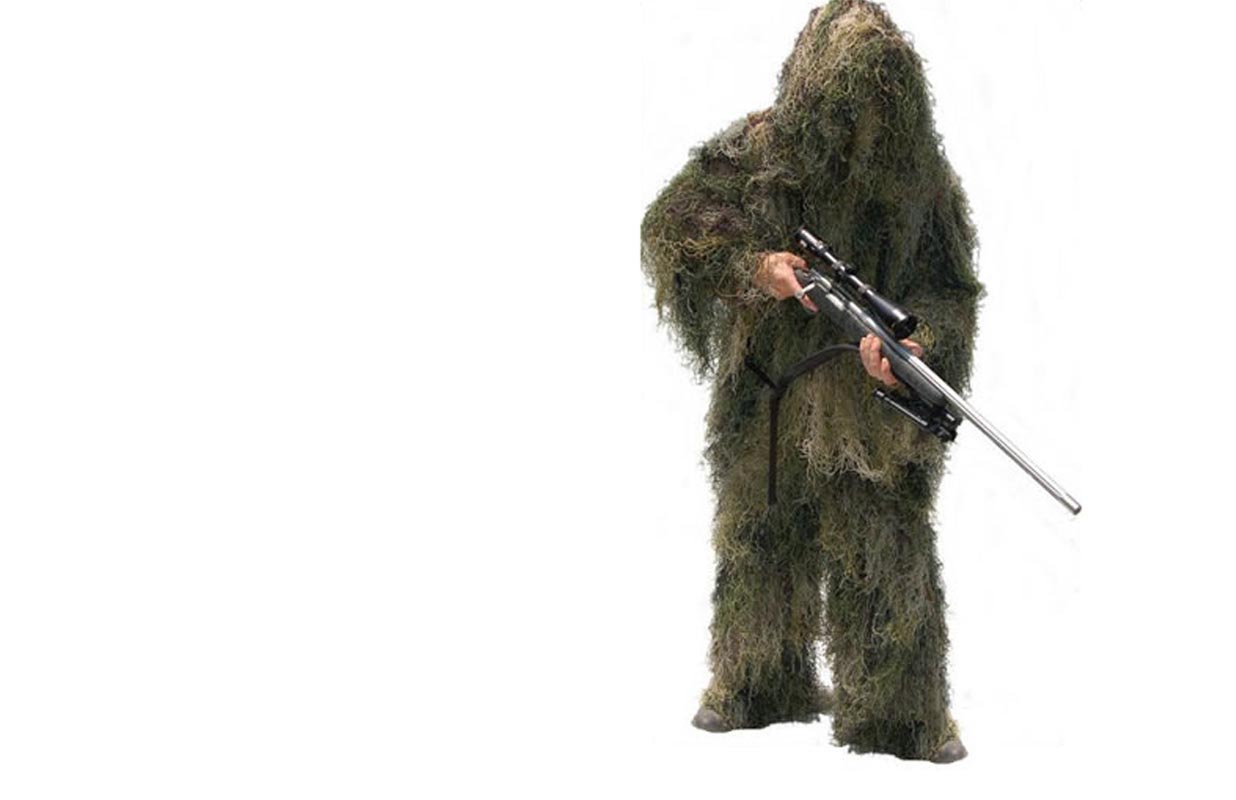 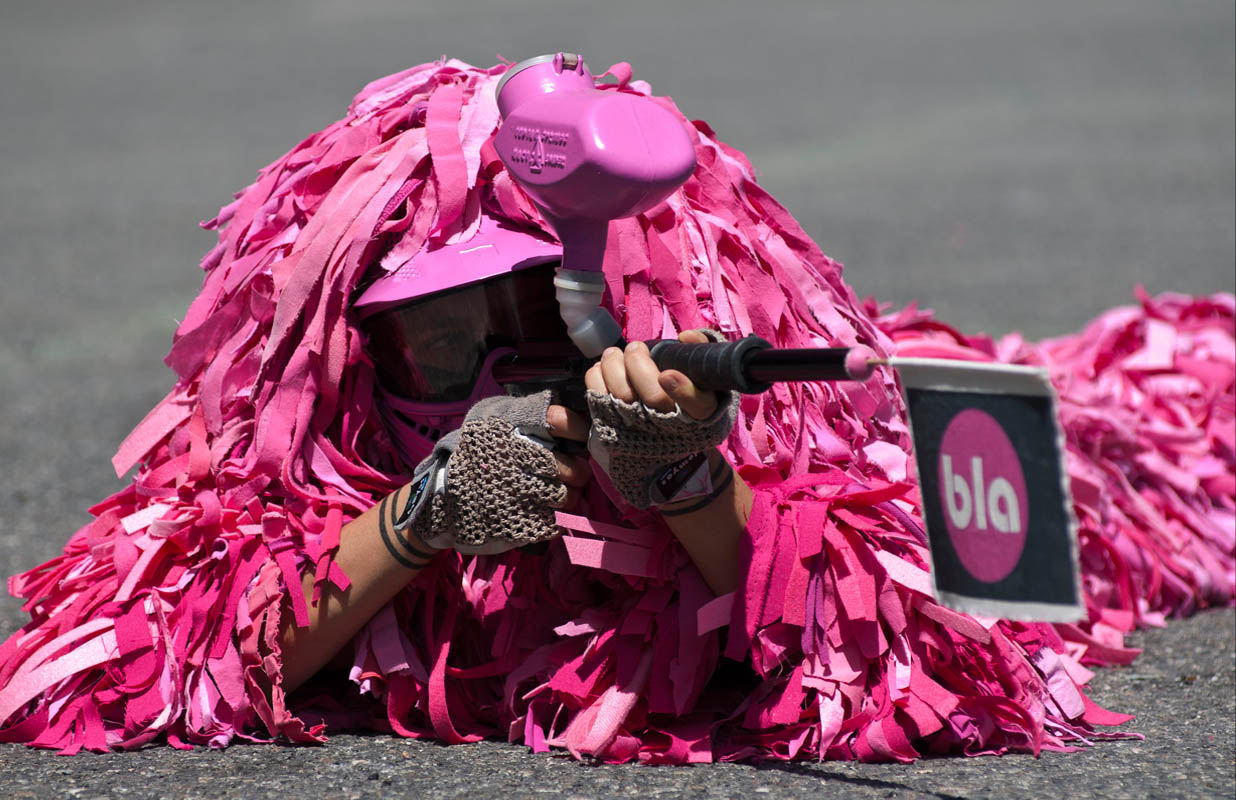 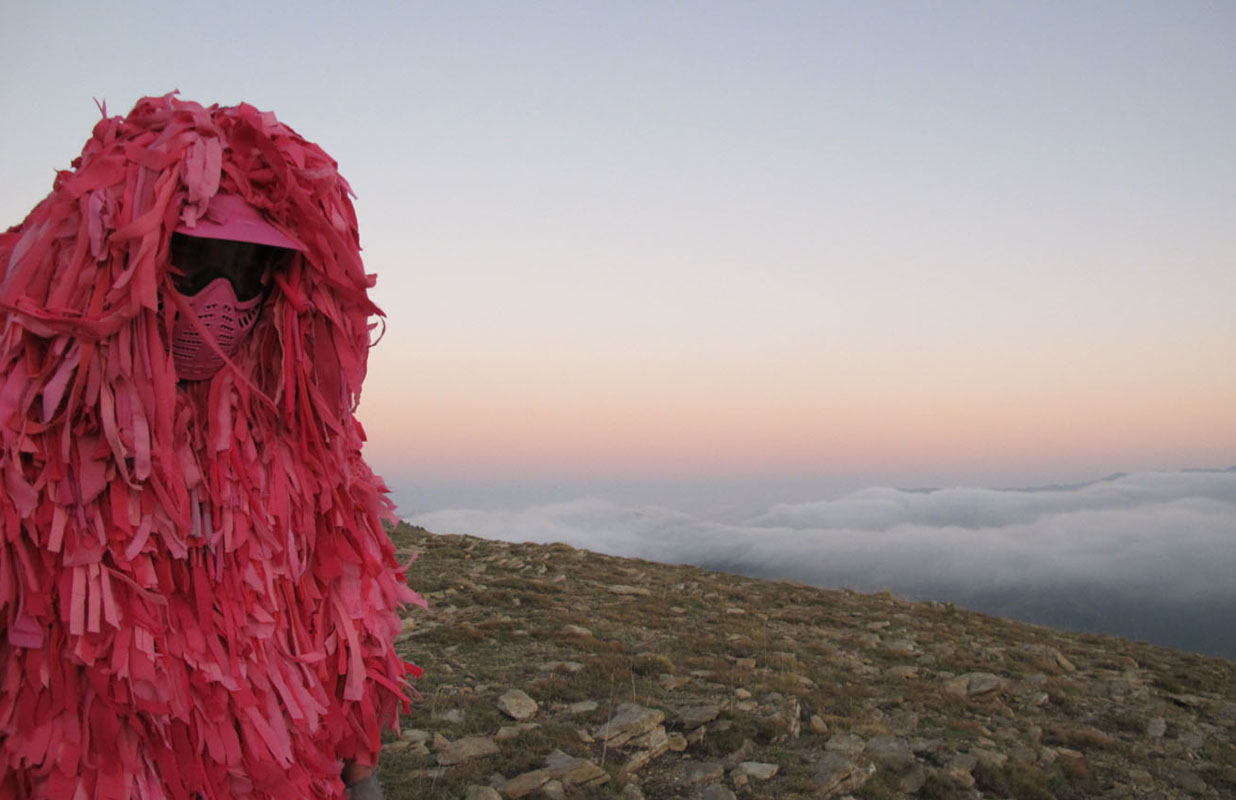 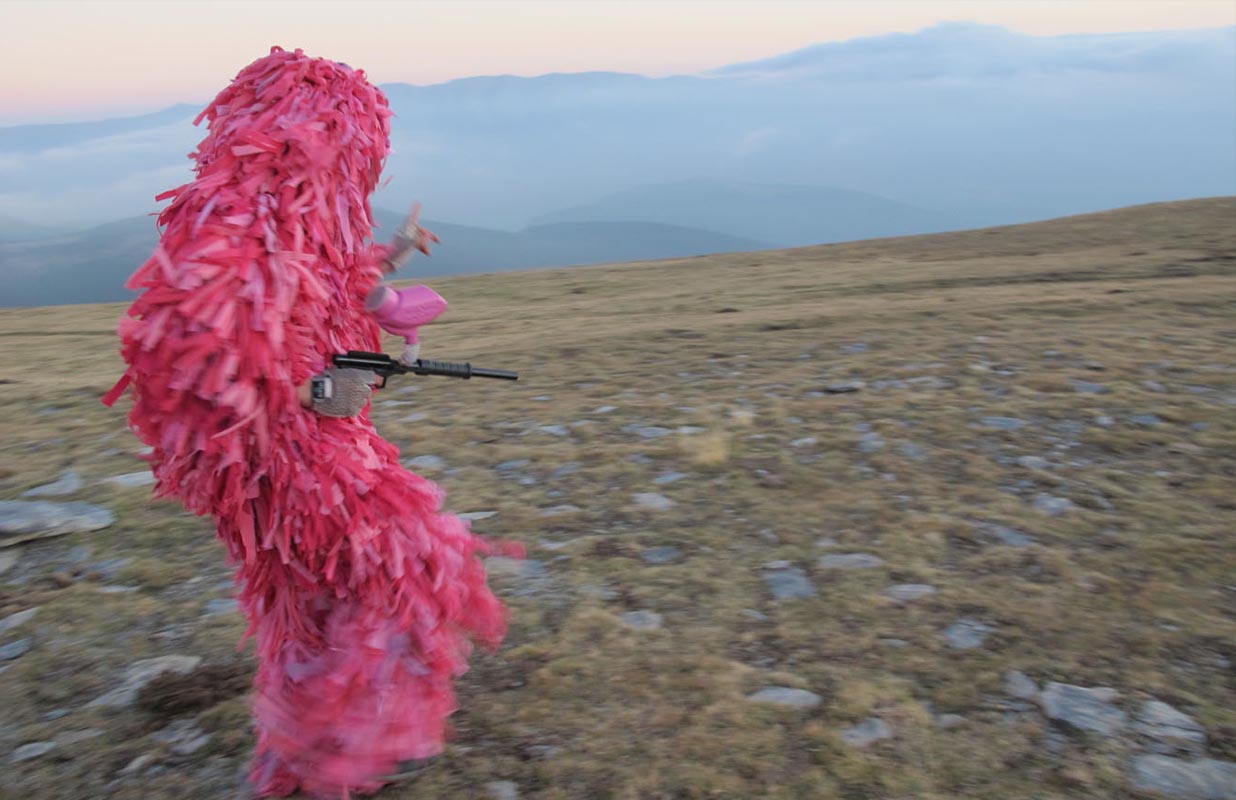 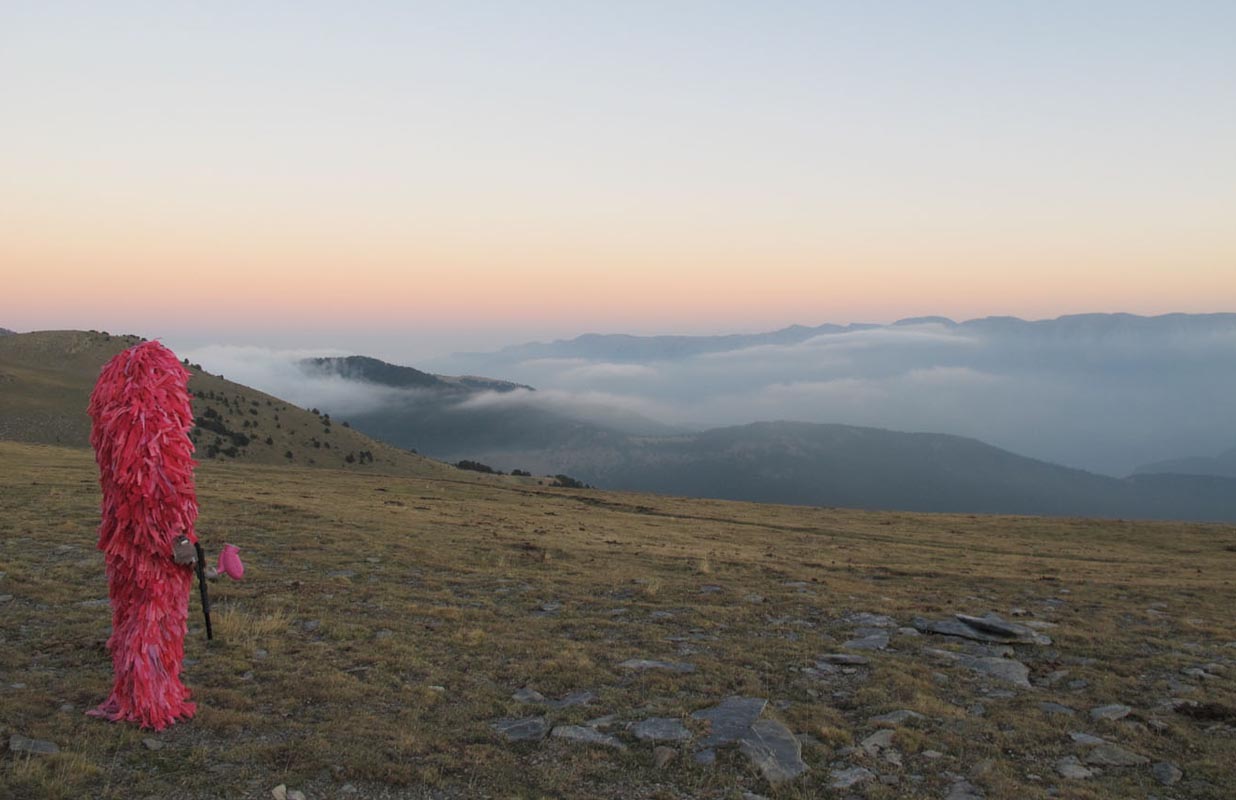 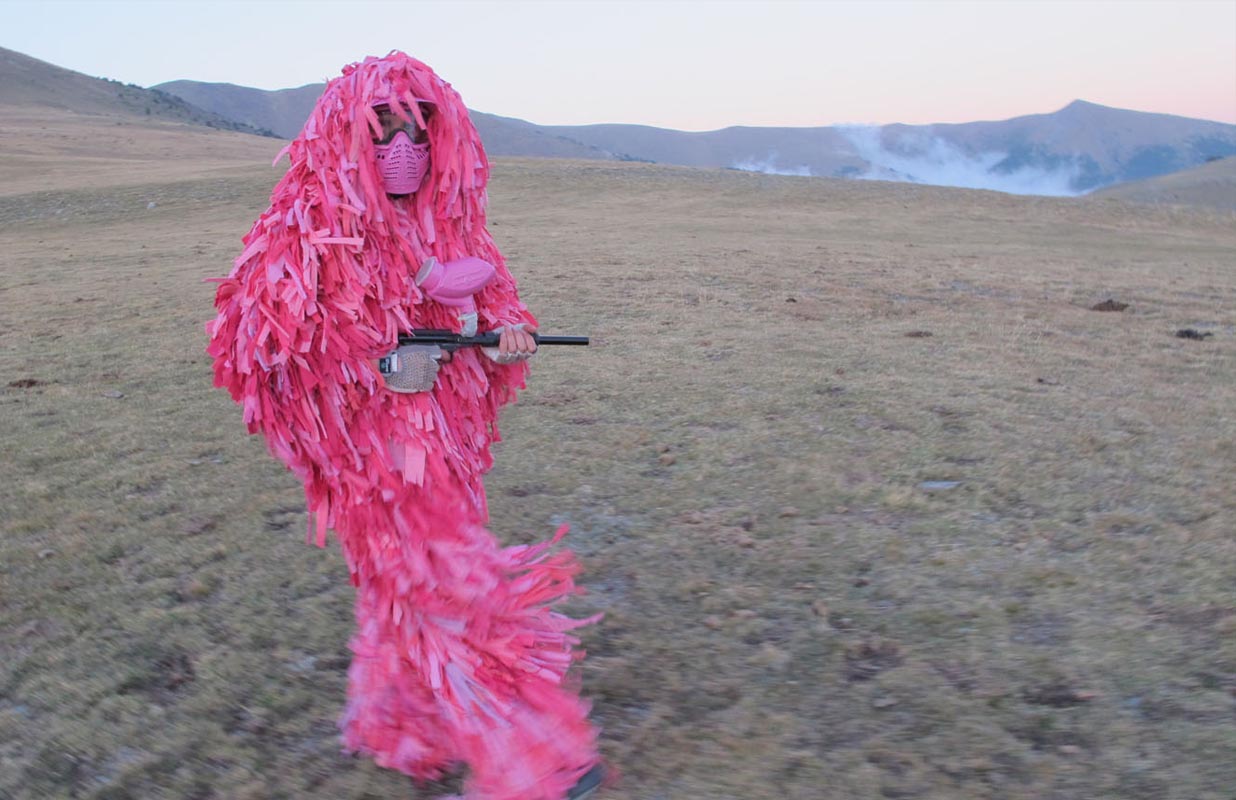 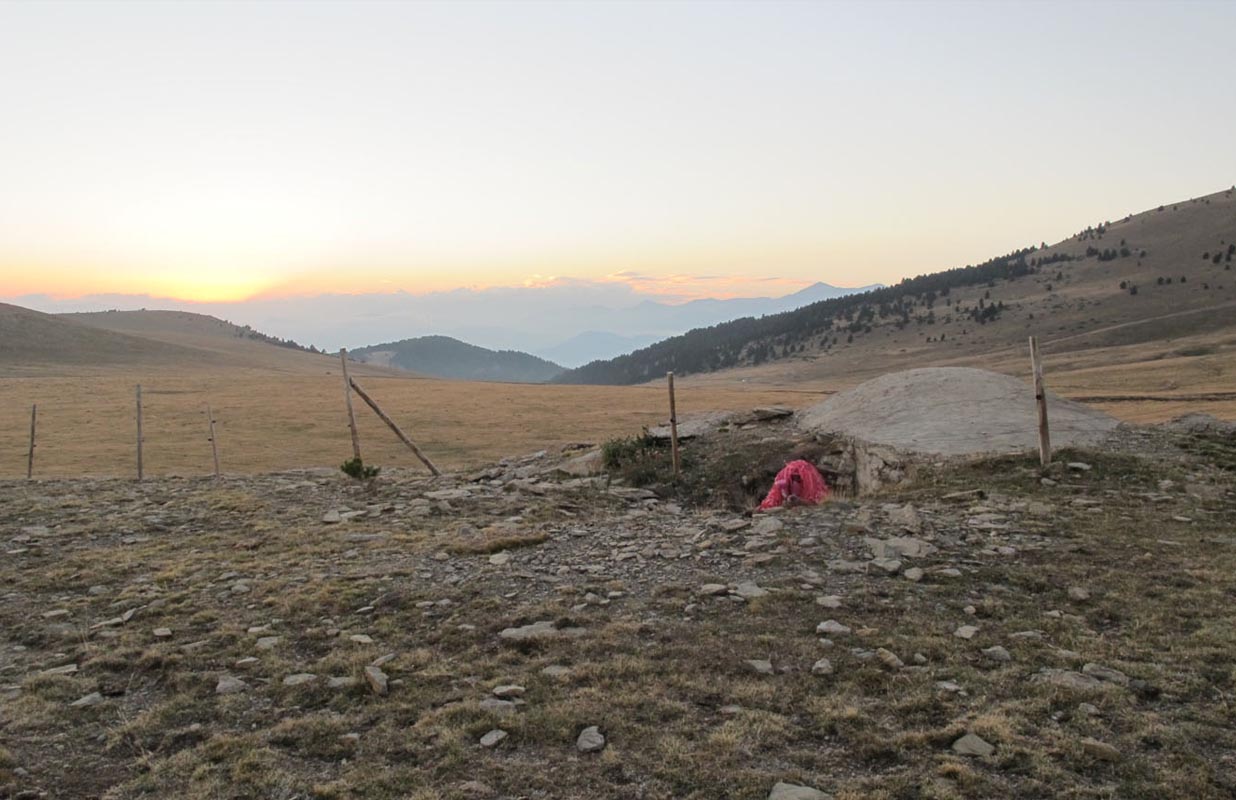 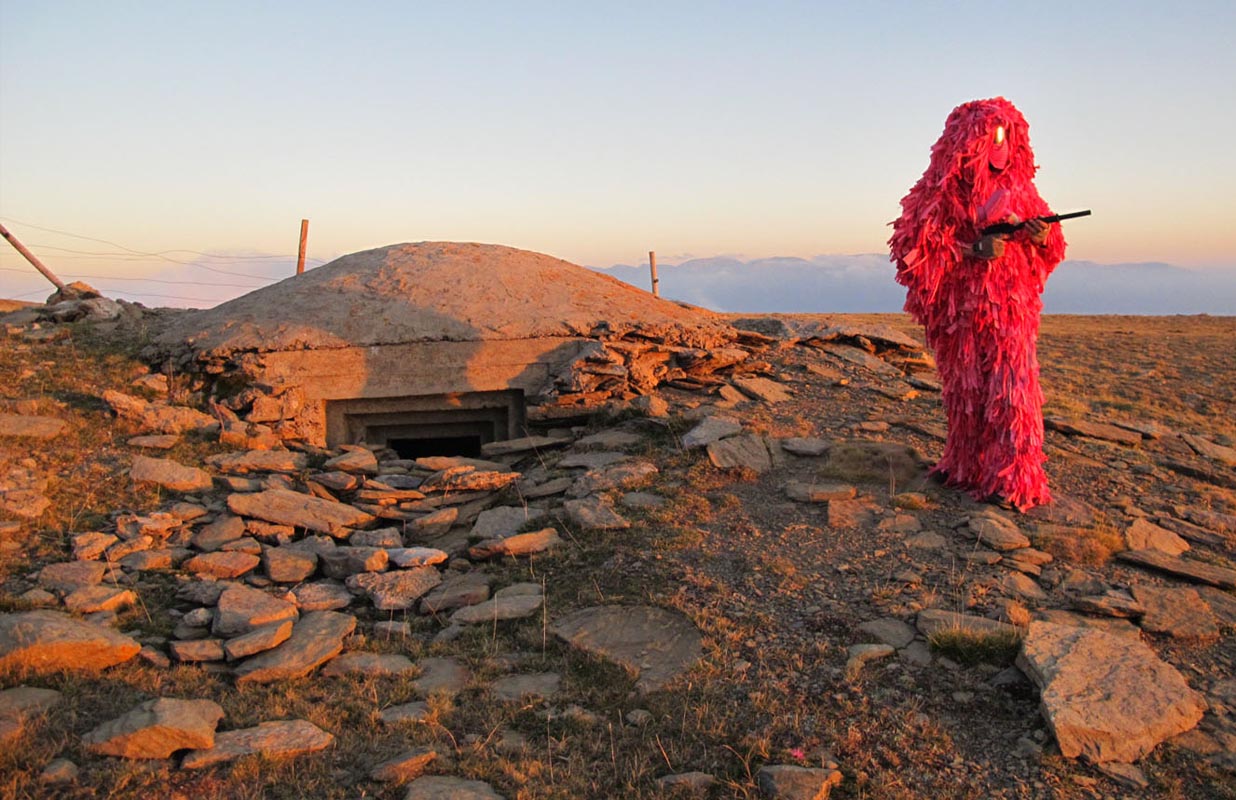 The Guerilla Blah is an activist fighting for the Blah cause and his speciality is Bla Target Practice. It’s a character created to fight against the contamination caused by “Blahs” using the very concept that “Blah” stands for from a critical and humouristic perspective. Humour and imagination are the key parameters in search of transformation and survival but always through a harmonious quest. This is very special warrior who is always ready to intervene at the drop of a hat. His presence in itself is a sign that he is ready and willing to denounce anything that stands in his way in fighting for the cause. His shooting at targets forces us to reflect on situations, attitudes, urban scenes also social and political events. Blah’s outfit is inspired by camouflage which is found in hunting, archery and Paint Ball games. These individuals dressed in uniforms,  contrived warriors of modern times are after is one thing and that is the right to have a good time and to be the best shot. What fascinates me about these creatures dressed as they are in camouflage is how human beings have artificially solved what animals have innate in themselves and under their skin in order to protect themselves from predators.

CAMOUBLAHGE: The fact is the Blah guerrilla doesn’t actually wear a camouflage outfit seeing it is actually pink in colour. ( La Vie en Rose, Edith Blaff ) and thus stands out everywhere he goes.

… inspired by the “disappearance” theme, expressing a condition suspended between geopolitical reasons and a more private and existential dimension. The works have been designed with an idea of creating a narrative, both visual and textual, capable of recounting different identities, anthropological and cultural, belonging to the territories involved in the network.

The small nations of Europe are either confined to limited areas encircled by other countries or surrounded by the sea. Their distribution throughout the Continent makes them the perfect guardians of the different aspects of European culture, stretching from the southernmost point in the Mediterranean to the northernmost point in the Atlantic, crossing an axis drawn from the westernmost country to the easternmost island.

The concept of BLAH ( BLA) is the thread of my artistic research.  About  blah blah blah … BLAH (BLA) TREATS THE QUESTION OF TRUTH. Bla refers to the (in)-communication and the (im)-possibilities of dialogue between beings of our species. The (im)-chances for dialogue between human beings are the centre of my research and my work. I see the impossibility of communication and frustration of a society gangrened by the system and a way to define where the material status, ideology and thought reside. As an artist, I raise a mockery of the Modern Oratory, not only political but also popular, and denounce at the same time hypocrisy and the weakness of a system that prefers the appearance of certain discourses as opposed to  sincerity based on ethics.